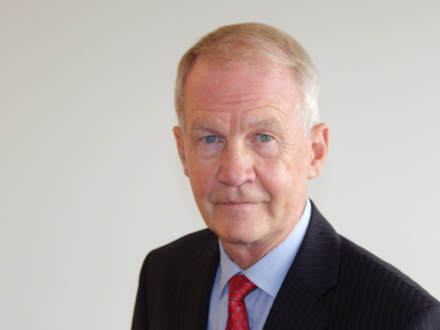 Mr Ross is currently a part-time Executive in Residence and Visiting Professor at the Telfer School of Management where he teaches Complex Project Leadership.

Mr. Ross was Assistant Deputy Minister Materiel from May 2005 to December 2012 with the Department of National Defence. As ADM Materiel he provided leadership and direction to a group of 4,400 military and civilian staff and was responsible for an annual budget of $5 – 6 billion.   He oversaw the delivery of the largest re-equipping program for the Canadian Forces since the Korean Conflict and at the same time led an extensive series of projects to provide Canadian troops in Afghanistan with equipment and capabilities critical to improving soldier survivability and operational effectiveness.

Prior to that appointment, he was Assistant Deputy Minister of Information Management in the Department of National Defence.  From 2002 to 2003 he was Associate Assistant Deputy Minister of the Operations Branch of Public Works and Government Services Canada. From 1999 to 2002 he was Deputy to the Foreign Policy Advisor to the Prime Minister and Director of Operations for the Foreign and Defence Policy Secretariat at the Privy Council Office.

Mr. Ross retired from the Canadian Forces in September 2002 after serving in uniform for 30 years and four days, having enrolled at a very young age.  During his military career, Mr. Ross instructed gunnery at the Artillery School in Gagetown, New Brunswick, and commanded A Battery, 1st Regiment, Royal Canadian Horse Artillery in Lahr, West Germany from 1985 to 1987.  He commanded the 2nd Regiment, Royal Canadian Horse Artillery in Petawawa, Ontario from 1990 to 1992, and was Commander Land Forces Western Area from 1997 to 1999.