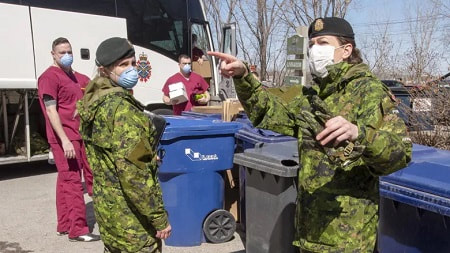 Military personnel arrive at a seniors residence in Laval, Que., on April 20. Some 1,700 military medics and troops had to rescue coronavirus-infested long-term care homes in Ontario and Quebec in a widely acknowledged failure of public health policy. (Ryan Remiorz/Canadian Press)
Military help with vaccine rollout is a blessing and a curse, experts say - CBC News Article

Co-ordinating the tangled logistics of getting tens of million of doses of coronavirus vaccine from seven different drugmakers — on different approval schedules, from different countries — and getting them to provinces in good condition is clearly a military-grade task.

A cargo plane like a "C-17 or a C-130J Hercules could do that task," said Dan Ross, a retired brigadier-general who ran the defence department's purchasing branch during the Afghan war.

It could also facilitate "the delivery to remote parts of the country, remote settlements, remote locations that don't have commercial direct access, particularly in winter," he said.

Ross knows all about managing a crisis with life-and-death implications, as the senior official in charge of buying and moving equipment on an emergency basis into Kandahar at the height of major combat. It's a unique skill nested within the military.

"Most public servant departments are not trained or equipped to do that type of role," Ross said. "They don't do command-and-control communications. They are normally policy shops who deliver services to Canadians."
- Dan Ross 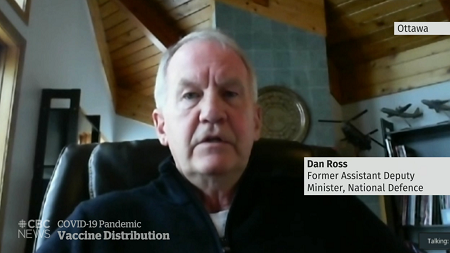 Dan Ross appeared on the CBC program The National to discuss how the Canadian Armed Forces can help distribute the COVID-19 vaccine.

Watch the full video here or click on the above image.
Source: CBC.ca

On May 8th, 2019 the University of Ottawa’s Telfer School of Management, Master of Business in Complex Project Leadership (MBCPL) program hosted the third of an annual series of one-day seminars dedicated to complex project leadership.

Dan Ross is currently a part-time Executive in Residence and Visiting Professor at the Telfer School of Management where he teaches Complex Project Leadership. 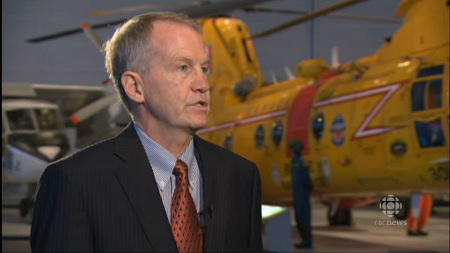 There are two options for procurement reform currently being considered by the Conservative government. One option is to create a new defence procurement agency with a single minister. The other option involves creating a permanent committee from each of the procurement departments. Dan Ross favors the former option and his comments were included in the article. 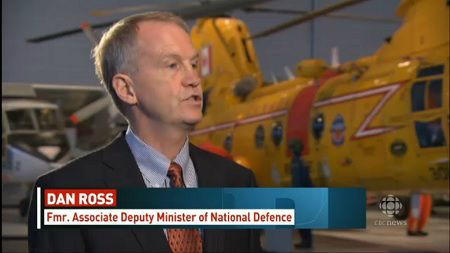 Dan Ross appeared on the CBC program The National to discuss military equipment procurement and to stress the need for a more streamlined process and greater accountability.

Watch the full video here or click on the above image.
Source: CBC.ca

On June 3rd, BGen (R'td) Dan Ross received the Queen's Diamond Jubilee Medal, presented by Senator Romeo Dallaire, for his 40 years service to Canada and in particular for his efforts as ADM Materiel in providing urgent equipment to our troops in Afghanistan. 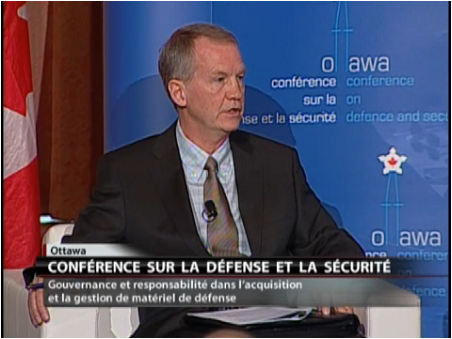 The Conference of Defence Associations Institute (CDA Institute) and the CDA host the 2013 Ottawa Conference on Defence and Security.

Watch the full video here or click on the above image.
Source: CPAC.ca 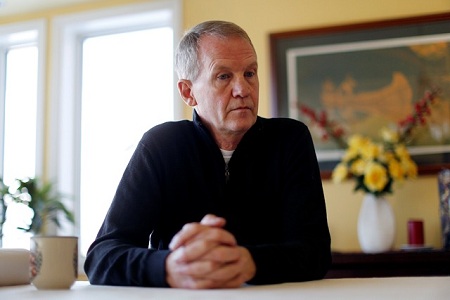